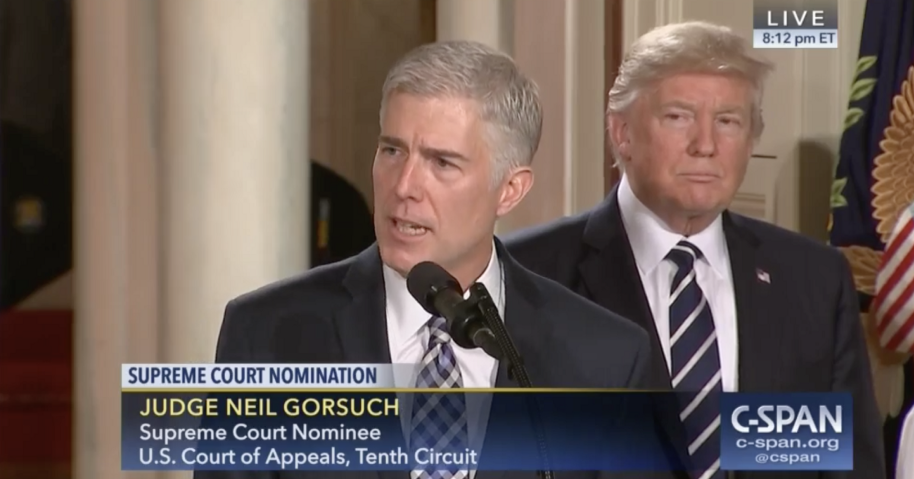 Yesterday the Senate Judiciary Committee sent the nomination of Judge Neil M. Gorsuch for the U.S. Supreme Court to the full Senate for consideration, following a party-line, 11-to-9, vote.

Call your Senators NOW and ask them to:

Senate Majority Leader Mitch McConnell is threatening to change the rules to require only a simple majority of Senators to confirm Judge Gorsuch. There is a reason Senate rules require 60 votes to confirm lifetime appointments to the Supreme Court – it is because decisions by the Court can have a profound impact on our lives that will be felt for decades to come.

Judge Gorsuch has proven time and again that he has a judicial philosophy that is far outside the mainstream. His past opinions have endangered important protections for clean air, clean water, workers, and safe food and medicine that we all depend on each day. And as we’ve explained in our two previous posts about his nomination (here and here) Judge Gorsuch has a particularly poor record on LGBTQ issues. For example, after a U.S. District Court found Utah’s marriage ban to be unconstitutional, Judge Gorsuch ruled to temporarily suspend the expansion of spousal benefits to same-sex couples who married in the state. He also ruled against a transgender woman who brought a discrimination claim against her employer for not letting her use the woman’s bathroom without proving she had completed gender reassignment surgery.

Family Equality Council, along with 21 other LGBTQ organizations, signed onto a letter to the Senate Judiciary Committee that explained in great detail why Judge Gorsuch is particularly dangerous to the LGBTQ community.

It is for these reasons that you must call your Senators NOW and help us stop the confirmation of Neil Gorsuch to the U.S. Supreme Court. LGBTQ families are depending on you!