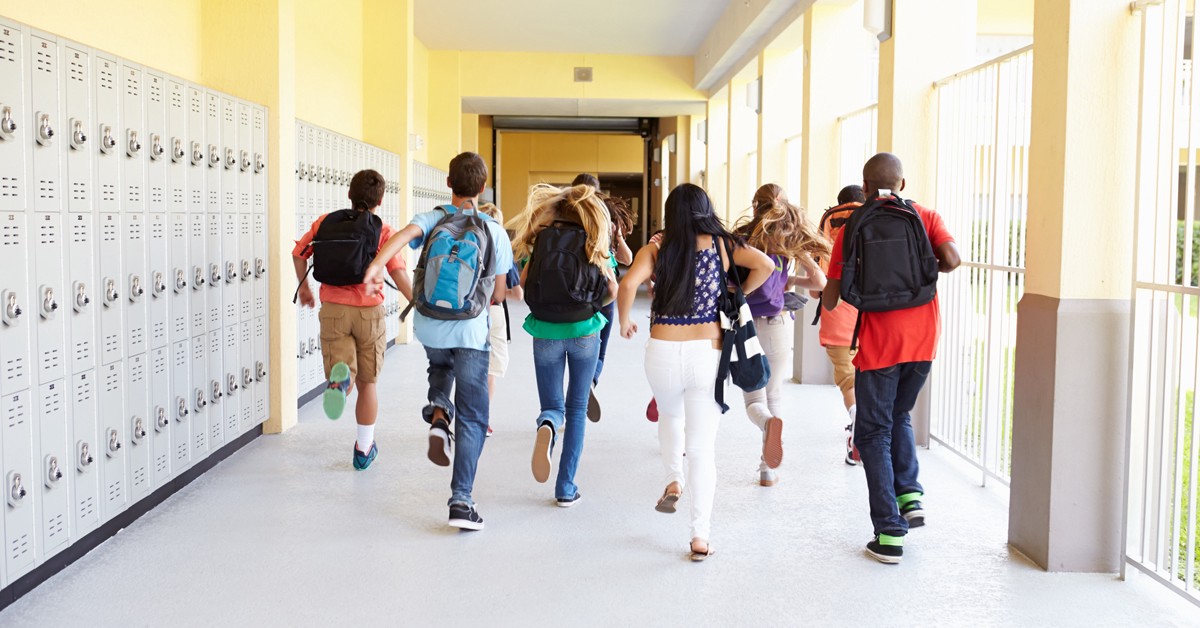 As many parents do, I try to instill the values of kindness and fairness in my young children. We live near Washington DC, so I have the opportunity to take my kids to national monuments engraved with words of “equality” and “justice” and talk with them about what those words mean. But simply explaining the words isn’t enough, so I strive to show them through my actions that all people are to be treated equally and respectfully.

Recently, I was part of an effort to ensure equal treatment for the LGBTQ children and employees of our school district. We live in Prince William County, Virginia, which consists of the farther suburbs of DC. The county borders the blue-leaning metro suburbs on one side and the red-leaning mountain counties on the other and is generally considered purple. We are a large county with the 42nd largest school district in the country, and, while purportedly non-partisan, our School Board leans 5-3 Democrats/Republicans.

Last September, our School Board Chairman introduced a proposal to add sexual orientation and gender identity to our school district’s non-discrimination policy for students and employees. Hundreds of protestors came to the meeting in opposition to the amendment, and the School Board decided to delay the vote until June.

We all know a lot happened between September and June, and, consequently, progressive grassroots movements mobilized in our county, just as they have throughout the country. When June rolled around and it was time for the School Board to vote on the policy, it passed 5-3 (along party lines) to the cheers of hundreds of supporters. However, it was not without controversy.

I became involved in the process in February, after the Trump Administration withdrew the joint Department of Justice/Department of Education guidance on transgender students. I was disheartened both due to my strong belief in equality and my background as a civil rights attorney. I previously worked on Title IX issues for the Department of Education, and, like many other people, I was concerned about the implications that withdrawing the guidance would have on LGBTQ students. So, I decided to engage in my local community and join an effort that was underway to protect LGBTQ students.

Offering my perspective as both a concerned parent and an individual with relevant professional experience, I reached out to our School Board Chairman to see what I could do. While the effort ultimately succeeded here, I found the process very divisive and at times hostile. For those of you who are looking to implement a similar policy in your community, which I strongly encourage, I offer a few suggestions and lessons learned that will hopefully make your efforts less contentious but still successful.

All parties who wish to have input should have an opportunity to be heard. Most people are more willing to accept a decision by elected officials when they know that their voice was heard and considered. Use a variety of tools to engage all sides with elected officials, such as live or Facebook town halls or community working groups, and make an effort to set a respectful tone. As a starting place, this guidance by GLSEN and the Christian Educators Association is a great resource to frame the dialogue on sexual orientation and public schools for all interested parties, and it provides suggestions for finding common ground and having constructive discussions.

One particularly helpful suggestion is to create a “Common Ground Task Force” consisting of representatives with a wide range of views to build “trust and mutual respect that can translate into shared agreements on school policy and practice.” Also, keep the dialogue as community-based as possible. State and national groups offer important perspectives and resources, but local officials prefer to hear from their constituents rather than feeling like “outsiders” are telling them what to do. Encourage supporters to show up at as many public events as possible, to make phone calls, and to set up in-person meetings as well as send emails. Live conversations are generally most effective, but any contact is better than none at all.

The law is on our side.

Just weeks before the vote in our county, the 7th Circuit Court of Appeals issued a unanimous opinion holding that Title IX applies to a transgender student. This is the first federal appellate court opinion addressing this issue since the guidance was withdrawn, and it relies on well-established law. My county falls in the 4th Circuit Court of Appeals where a similar case was remanded by the Supreme Court, and some who opposed amending our policy argued that we should wait for that opinion. My response was that courts should not be an excuse for inaction on a policy matter, especially since courts are often accused of overstepping by “legislating from the bench.” Further, the case is distinct from the issue at hand. Even if the court does reach the merits of the issue and concludes that Title IX does not apply to a transgender student, such a decision would not prohibit a locality from adding a group that is not protected by federal law to its non-discrimination clause (subsequently, in August, the 4th Circuit remanded the case to the district court to consider jurisdiction).

Facts are the strongest counter-arguments.

The most common argument against amending the policy was the fear-based assertion that adding sexual orientation and gender identity would create privacy and safety issues in the bathroom. Not only is this argument baseless, it was irrelevant in our school district because bathroom usage is managed on a site-basis, and the proposed amendment did not seek to change that fact. Yet, the “bathroom argument” continued to be raised. The most effective counter-argument came from a School Board member who voted in favor of the policy. He contacted the 26 largest school districts in the nation that have fully inclusive non-discrimination policies and found that, out of the 3.6 million children covered, there had been ZERO incidences of transgender students attacking or being attacked in school restrooms and ZERO incidences of heterosexual male students pretending to be transgender.

Another common argument was that amending the policy wasn’t necessary because our school system’s bullying policy is comprehensive and there have been no official complaints by LGBTQ students. While everyone seemed to agree that no child should be bullied, those opposed to amending the policy didn’t believe it was a problem here. First-hand accounts from LGBTQ children or employees who have experienced bullying that has not been redressed are a convincing response. Clearly a child or employee should not be pressured into speaking out if they are not ready or if doing so puts them in harm’s way, so another strategy is to ask school counselors or social workers to discuss what they have witnessed (respecting confidentiality limitations of course), or to reach out to groups such as a GSA to compile anonymous accounts of discriminatory practices.

To supplement the personal stories, there are numerous studies documenting the pervasive discrimination against LGBTQ students. I highlighted a Virginia-specific study by the National Center on Transgender Equity (other states are available here — remember, go as local as possible) showing that 80% of transgender students in Virginia experienced discrimination. Numbers that high, regardless of whether there were reports to school officials, are a strong indicator that it is happening or will soon.

Dot your i’s and cross your t’s.

Follow up with the elected body to make sure all procedural details are covered. When the vote passes, you do not want it stained with allegations that it was invalid for some reason. Some of our School Board members who voted against the policy cited the process as their reason, claiming there wasn’t enough citizen comment time and there needed to be further study of the impact of this policy on other policies. Do not give your local officials this out or let an unanticipated application of Robert’s Rule of Order nullify the vote.

Keep calm and advocate on.

Emotions fly on this issue — they certainly did here. You may be called names, falsely portrayed, or yelled at, but responding in kind serves nobody. Instead of an “us vs. them” attitude, set a cooperative tone and remember that, at the end of the day, these are your neighbors and the parents of your children’s friends. All are best served by respectful and civil discourse.

When our policy passed, the feeling in the room was jubilant with abundant applause, hugs, and tears of joy. It was empowering to know that we could make a difference for a part of our community that the Trump Administration abandoned. Even though this was a small step, it’s a step in the right direction, and, as more small steps are taken across the country, the steps will put us leaps ahead.