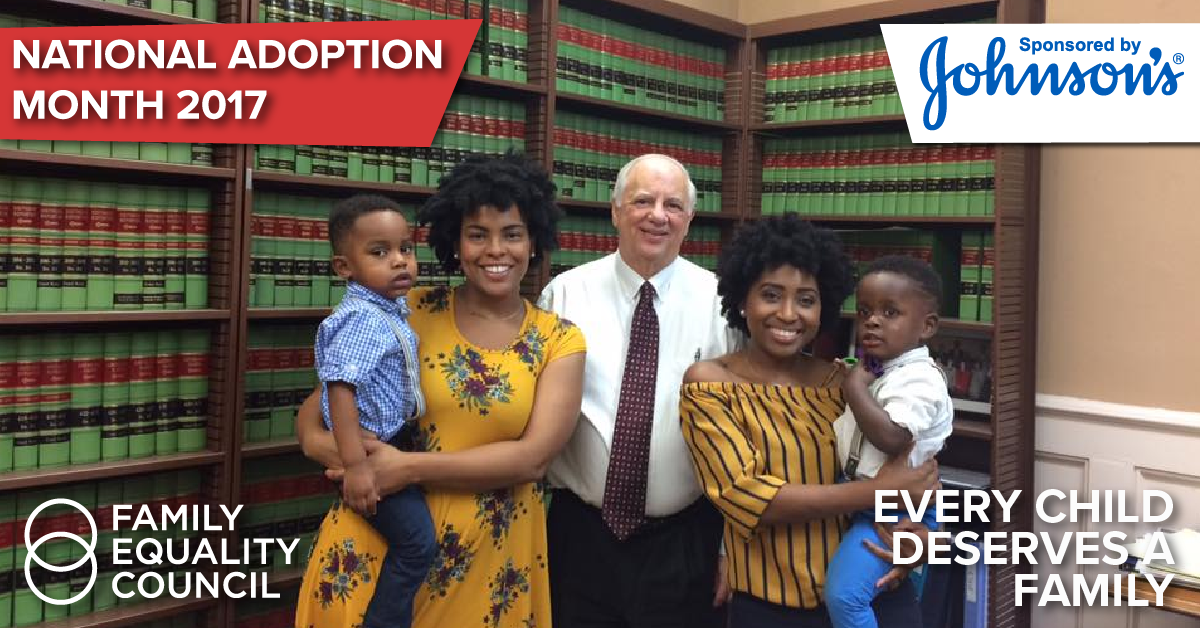 Our second baby boy was adopted on September 20, 2017. It was daily filled with emotions, lots of hugs, and people who wanted to show their appreciation. The road to this day wasn’t smooth sailing, in fact it had plenty of pot-holes, and more than a few detours. Here’s the story of how Thomas officially became an Archangel.

It had been almost 5 months since we last fostered and officially adopted our first son Lane. We were discussing our plan to continue to grow our family when the phone rang. It was the an unfamiliar number which usually means that it’s a social worker, calling from the Department of Children and Family Services, asking to place a child in our home. For some reason, this called seemed different. It was. It was the call that would forever change our life.

Thomas was placed in our home after being in a few other foster homes. I was so excited about having a baby join our family that day, that I couldn’t take a moment away from him to let Jazz know that Thomas had arrived. Once Jazz got home, between all of our family members,  Thomas always had someone in his face attempting to talk and play with him. Our family had an extra sparkle had to our life. It was filled with adventurous times.

It wasn’t until we decided we would move to New Orleans in March that it became reality that Thomas may not be with us forever. His birth mom had been located and wanted to work a case plan. The number one goal is reunification and we are for it, but that doesn’t take away from the bond we have made over the past few months. A bond that could possibly be broken.

In the summer of July 2016, we moved to New Orleans and Thomas came with us. He had just turned one and it seemed as though he would be with us forever. That’s when his birth dad was located and decided he wanted to work a case plan and work towards having the son he never knew he had. Our heart instantly melted. We knew that Thomas deserves to know his birth dad, but we were miserable at the thought of Thomas leaving. We did what was best for him, sending dad pictures, giving milestone updates, agreeing to visits.

Days went by. Months went by. Everything that had seemed to bring doubt was fading into the background. We were settling in as a family of 4. Lane was adjusting as a big brother and sharing room with someone who is just as mobile and verbal as he is. Jazz and I continued to try to find balance for the boys and ourselves. (We are still working on it.) Life seemed to be going well.

The next few months seemed to happen in one breath. It seemed like yesterday we were gathering our thoughts and feelings on the possibly of Thomas having to leave our home. But it hadn’t happened. It had been a long and windy road with a few pot holes. It was in early August of 2017 when the phone call came to notify us that Thomas had been freed for adoption. Yay!! But even knowing that he’d been freed, it still left an eerie feeling in the air.

Until … the day came. The day we stood in front of the judge to officially welcome Thomas as an Archangel. On September 20, Thomas officially became an Archangel. We know longer had to wonder about a case plan or missed birth parent visits. He was ours and as the judge said, “The adoption process is one of the most permanent processes you will ever take part in and cannot be reversed.”

The road to adoption is far from easy but definitely worth the trip. We couldn’t imagine our family without our boys. Is this it for us? We don’t know, but in the meantime we are advocating for every child to have a loving home with a loving family.