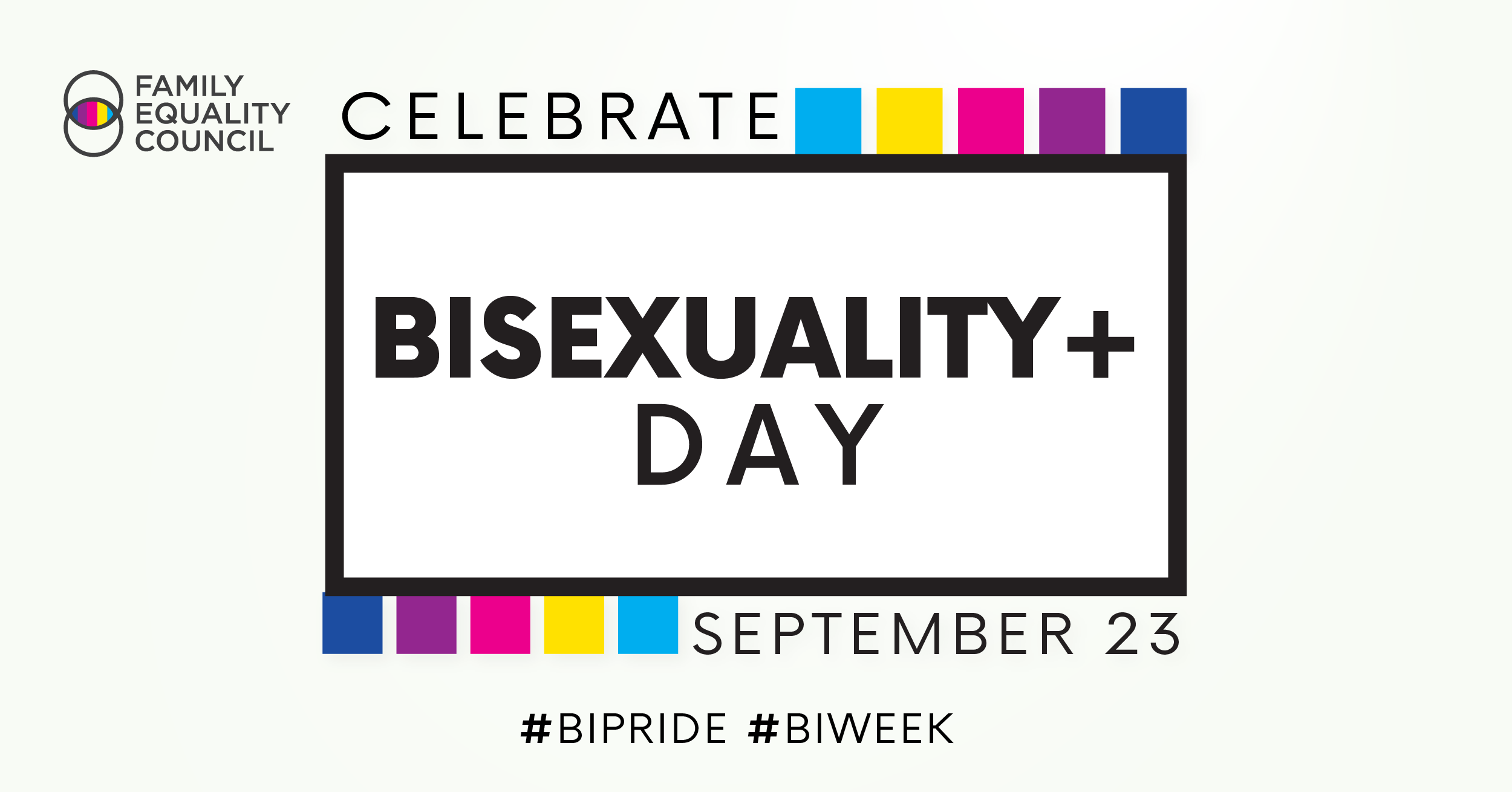 Back in July, we shared the story of Lola Jessika, a mother who once felt the pressure of hiding her bisexual identity. “Growing up in a Haitian family and having the influences that I did, it was very difficult for me to openly be myself,” Lola says. In the video below, she explains how the experience of sharing her bisexual identity has brought joy and vulnerability into her life, and has also helped create a more supportive and open environment for her children.

Every September 23rd, we mark Celebrate Bisexuality+ Day to recognize and bring attention to the unique lived experiences of bisexual+ people like Lola.  The term “bisexual+” or “bi+” can be thought of like an umbrella that has space for anyone who isn’t strictly heterosexual or gay or lesbian — whether they’re queer, pansexual, fluid, or any other number of identities that include attraction to people of more than one gender. Over half of all LGBTQ people living in the United States fall under this umbrella!

Bisexual+ people are by far more likely to have children than gay and lesbian people. According to a study by the Movement Advancement Project, full 59% of bisexual women and 32% of bisexual men are parents, compared to 31% of lesbian women and 16% of gay men. (Note that this research does not include data specific to trans, non-binary or gender non-conforming parents).

Despite their large numbers, bisexual+ parents are not always the most visible, and bi-specific parenting resources are scarce. According to a recent survey by the Pew Research Center, over 80 percent of bisexual people are in committed relationships with someone of a different gender, and are often read as straight. Many bi+ parents also face both internal and external challenges of erasure, discrimination, and shaming. At Family Equality Council, we recognize and appreciate the diverse experience of bisexual+ parents, and have done our best to cultivate a list of resources, stories and articles about bisexual+ parenting. Check out the list below:

Invisible Majority: The disparities facing bisexual people and how to remedy them , Movement Advancement Project. 2016.

“Why mothering as a queer black woman is inherently political”, Washington Post, 2017.