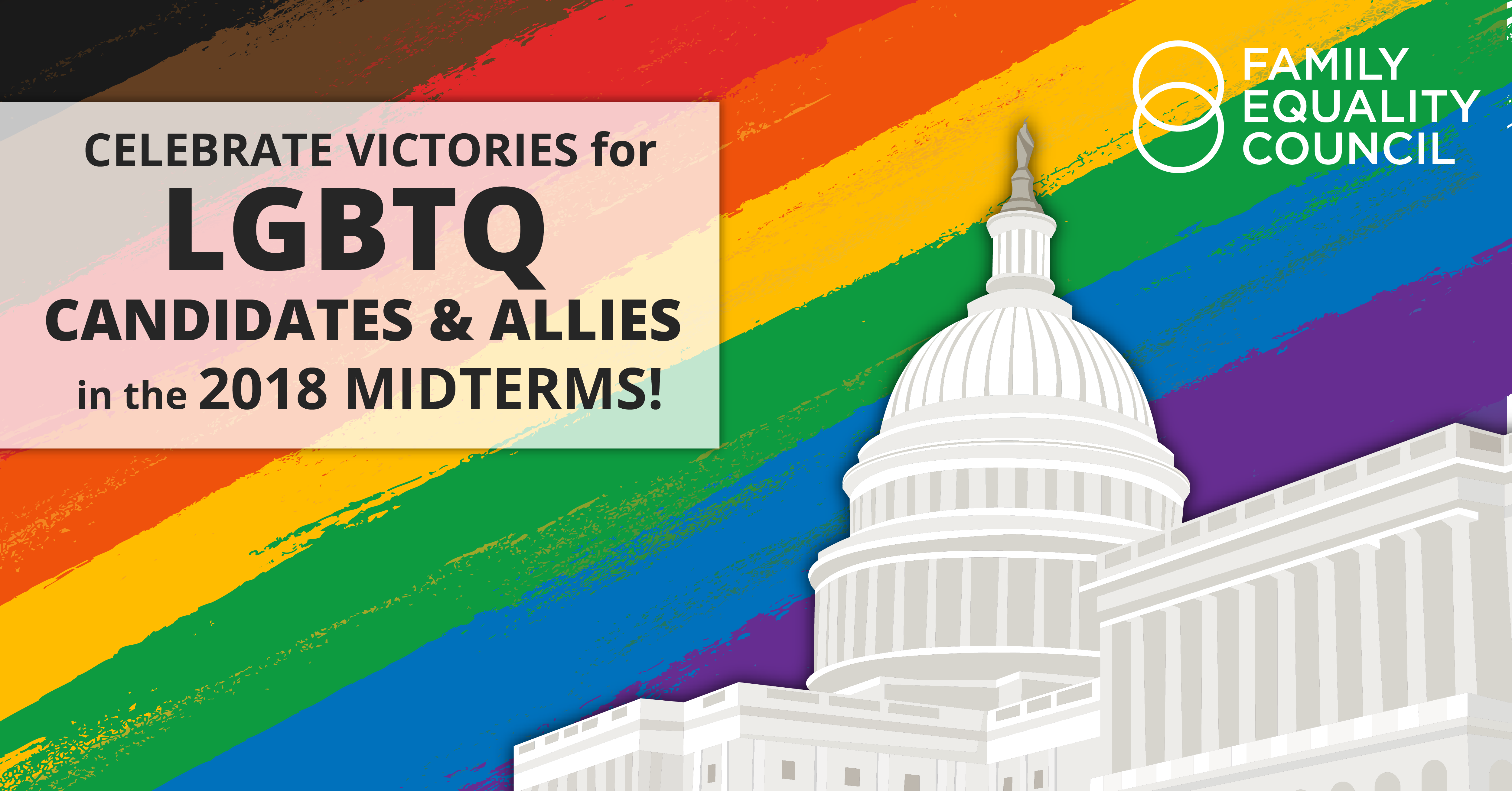 As the Midterms dust settles this morning, some striking victories for LGBTQ candidates and our allies are coming into view 🎉

While we certainly didn’t win all the pro-equality majorities across state and federal government that we need, we must recognize how far we have come, and we must redouble our efforts in the next two years.

A Pro-Equality Majority in the House of Representatives!

… and across the country, many state legislatures added their first, or additional, out LGBTQ representatives to their rosters.

LGBTQ parents can let our kids know that families like ours were heard, respected, and elected last night.

Many of you will remember the viral video of Zach defending his moms against an attempt to invalidate same-sex civil unions in back in 2011. Continuing his record of leadership, Zach is now Senator-elect for Iowa’s Senate District 37.

In doing so, Massachusetts became the first state in US history to successfully defend transgender rights by popular vote!

It’s up to us to keep up the pressure, to fight for equality for LGBTQ families. Show that you’re with us by donating today. Every contribution, from $10 to $1,000, helps create the future our children need.