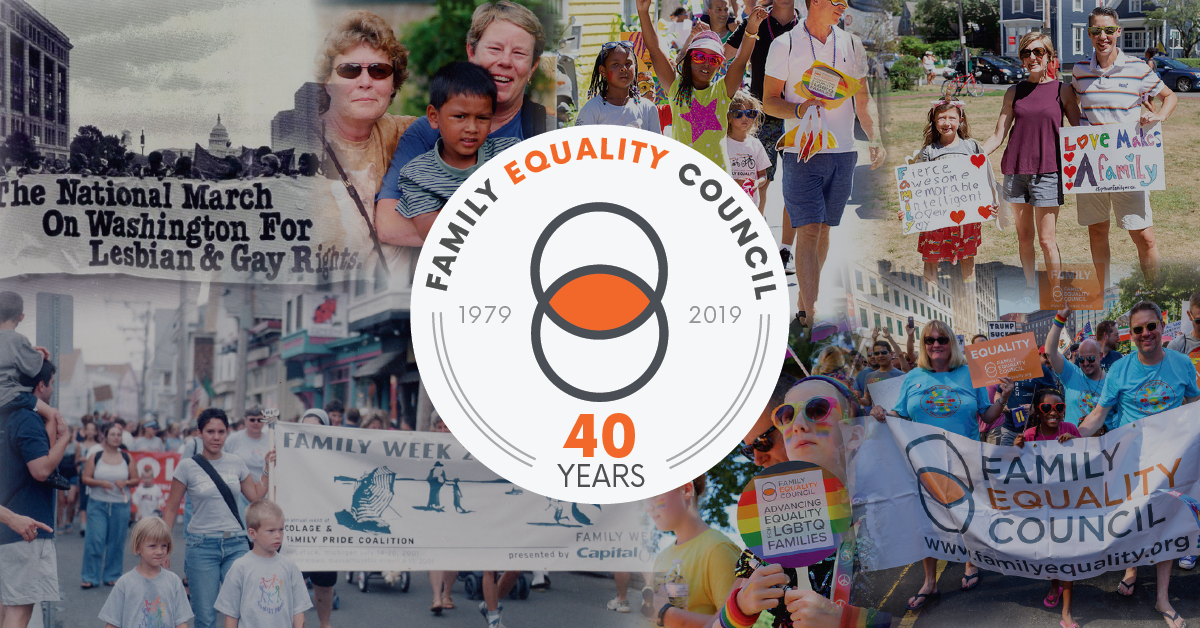 This year, Family Equality Council celebrates our 40th Anniversary! Founded in 1979 at the National March on Washington for Lesbian and Gay Rights, the organization that grew into Family Equality Council was driven by the same fundamental inequality that drives our work today: that caring, loving parents are being denied equal opportunity to form and sustain families because of their sexual orientation and/or gender identity.

Take a look at some of the highlights of our 40-year history:

In the past two years, attacks on the LGBTQ community have become more aggressive and more frequent. In response, we’re embracing the power of our families’ stories. Our stories have the power to create new allies, to move allies to action, and to spur elected officials to fight for our rights. And through sharing our stories, we also celebrate our victories — the proud family moments that capture what we’re fighting for.

You can take personal action: When you’re ready to speak out, we’re ready to help you share your story in a way that makes a difference.

We’ll be here for you in 2019, and for the next 40+ years, as your families flourish and grow. Each one of our families is unique, and Family Equality is here to ensure that we remember what’s important: that Love Makes a Family.