In the current social and political climate, it is important that there are opportunities to have real and relevant discussions about race, truth, and justice. This idea is central to the work of Reverend Derek Terry, a change agent and pastor of St Peter’s United Church of Christ in Cincinnati, Ohio.

An LGBTQ and racial justice advocate, Terry frequently holds workshops throughout the midwest that create space for thought-provoking, vulnerable conversations that allow people to break into small groups and work through ways to unlearn racism and heteronormativity.

He explains the importance of these spaces, saying, “I think there is still a need for this work because so many people within the LGBTQ community don’t really feel like their voices are heard or their experiences are valued. People of color as well. It’s hard to go through life feeling like your experiences are less valid than others.”

Rev. Terry knows about the experience of being less valued personally. He came into the public eye about four years ago by sharing a powerful coming out story as a gay Black pastor. In a Huffington Post article, Rev. Terry described how a horrible tragedy helped him accept himself as a gay pastor. In his article, Terry shared how his childhood pastor was violently assaulted and murdered by two men in what appeared to be a crime motivated by his closeted sexuality.

“I was convinced that my beloved former pastor died a tragic death not because he was gay, but because the church that he served demanded that clergy not be gay or condone the gay lifestyle,” Terry said. After that experience, Terry came out quite publicly, in an episode of Iyanla on the Oprah Winfrey Network. 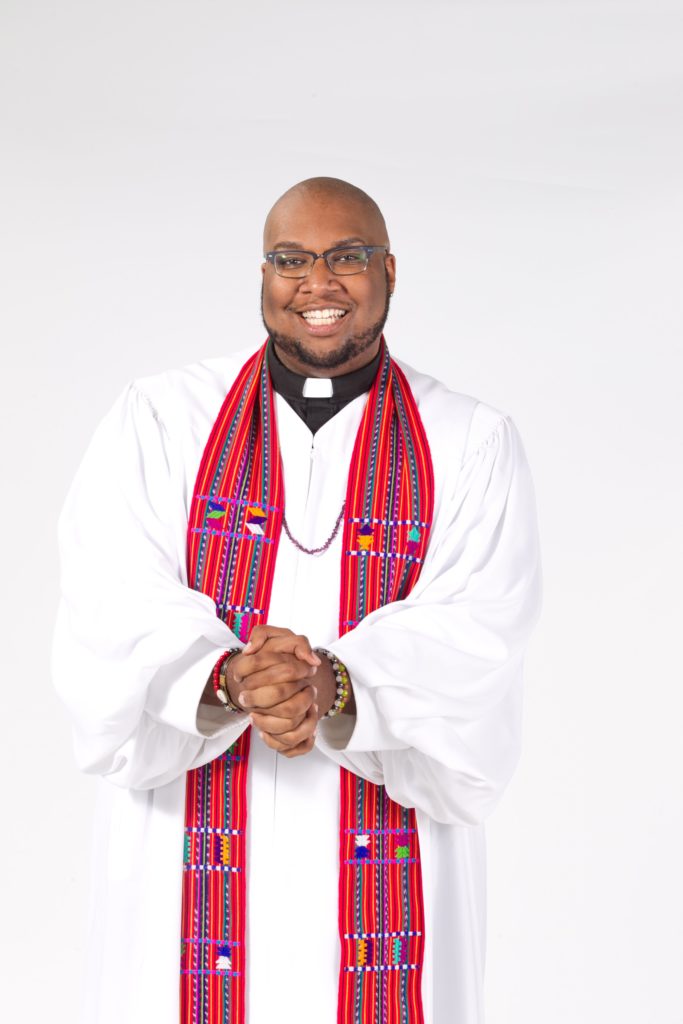 Terry came out to his family and his congregation and explained the importance of telling your story. Since then, a lot of Rev. Terry’s work has been about moving the needle of LGBTQ acceptance within communities of faith.

“I grew up in the church in the oldest Black denomination in this country, African Methodist Episcopal Church. Five generations of my family belonged to my home church. It was such a positive experience, I learned so much about my blackness in the church. But one of the things the church did not teach me about was my queerness. It definitely didn’t affirm it.”

Rev. Terry knows that there are many people who continue to use religion to cloak bigotry.

“There are many Christians who don’t think I should be a pastor — they see my same gender loving status as a deficit.”

But Terry has the final word.

“At the end of the day, I feel that God honors, respects and values my truth,”