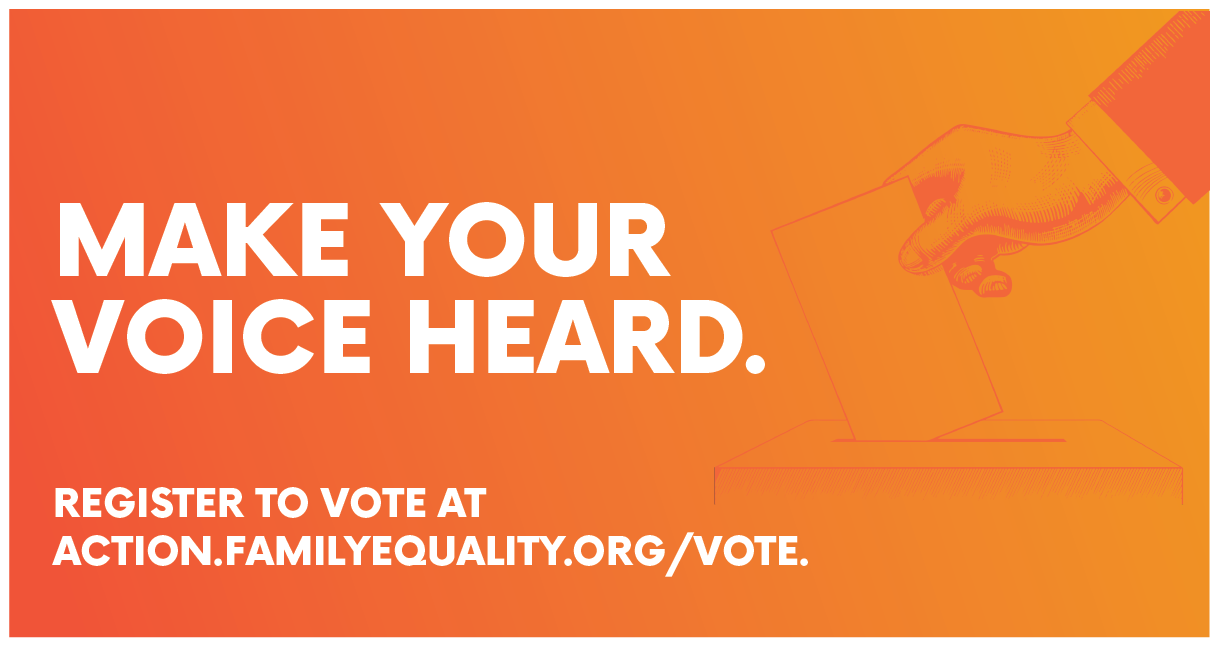 In every election, your vote has the power to decide what daily life looks like for LGBTQ+ Americans, from whether or not we can build families to where we can live, work, shop, use the restroom, receive healthcare, and serve in the military. In 2017 alone, anti-LGBTQ legislators in 30 states introduced 129 pieces of legislation curtailing LGBTQ+ rights. While we can’t shift attitudes with a single vote, we can shift electorates by voting for candidates who have actively pledged to support this community.

Despite our power as a voting bloc, LGBTQ+ Americans are registered to vote at lower rates than their non-LGBTQ+ counterparts (61 percent compared to 67 percent), and they show up at the polls at slightly lower rates, with less than half of LGBTQ+ Americans voting in the last presidential election.

This is in part due to the longstanding history of voter suppression tactics in the United States. Silencing historically marginalized communities by limiting voter registration opportunities and establishing strict photo ID requirements means erasing many LGBTQ+ voices from conversations about their own healthcare, housing, education, labor, families, and more.

For LGBTQ+ people of color and transgender individuals in particular, voter suppression still runs rampant. Voter ID laws that require voters to present photo IDs that match a voter’s gender identity, for example, block many transgender and gender-nonconforming people from voting completely. As it stands, obtaining updated IDs that accurately reflect someone’s gender identity can be incredibly difficult, and the stigma of not presenting the “proper ID” or being outed by an out-of-date ID is enough to keep trans and gender-nonconforming voters at home altogether. Voter registration forms similarly require voters to choose a binary gender option, which means many trans and gender-nonconforming individuals are left to fit inside of boxes they don’t feel comfortable within or face a poll worker’s confusion (at best) or mistreatment (at worst).

The intersection of the LGBTQ+ identity with race, age, ability, and income also make LGBTQ+ particularly susceptible to schemes aimed to disenfranchise communities of color, young people, people with disabilities, and low-income Americans. LGBTQ+ people of color and transgender individuals are some of the most economically insecure populations in the country—and approximately 15 percent of same-sex couples live in poverty—meaning many of them can’t or don’t feel comfortable taking time away from work to head to the polls or don’t have access to transportation to be there in person. Voter registration laws that make it harder, or outright impossible, for convicted felons to vote means that LGBTQ+ people of color who are disproportionately policed and more likely to spend time in jail are often left out too.

#NationalVoterRegistrationDay takes on new significance when one considers the challenges our LGBTQ+ community faces when we want to speak up. This is about more than a hashtag or a nifty “I voted!” sticker—it’s about using our voices to contribute to the necessary, life-changing movement towards equality for LGTBQ+ families. It’s about speaking up when given the chance.

Register to vote, or check your status, with Family Equality here and spread the word on social media so that we all celebrate National Voter Registration the only way we know how: by registering to vote!