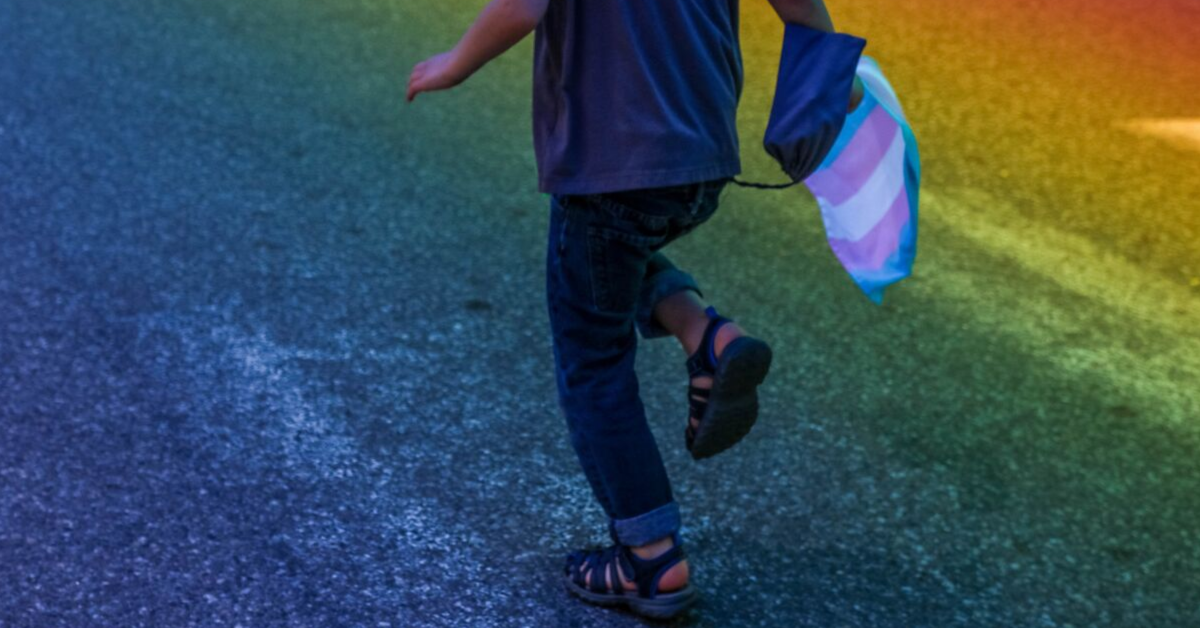 “What do you mean? Your dad had a baby? That’s impossible!”

As a transgender parent, I know my kids get asked a lot of questions about their family. Most of these questions come from innocent curiosity, but occasionally malice sneaks in. And often when it does, the children asking are from families that pride themselves on being inclusive and welcoming. So, what’s happening here? Why do kids from accepting homes still have misunderstandings about trans families?

In many cases, their parents simply haven’t had a conversation with them about the topic. Either they didn’t think they needed to or they didn’t know how to. But kids as young as three are noticing differences and categorizing people (and families!) in their heads—so it’s never too early to talk about all the different, beautiful ways that families appear in the world. Here are some tips for getting started!

Trans writer and dad Stephen Stratton wrote a beautiful essay about how to introduce trans issues to your kids for Gays With Kids. In the essay, he reminds us that “You can, at any age, shift the way you talk to a child about gender, you can examine your own internalized beliefs about sex and gender roles, you can embrace your own gender expression and encourage your child[ren] to do the same.” He also includes some great trans-specific or trans-inclusive kids’ books at the end of the article that you should definitely check out!

There may be times when you start to feel out of your depth. Your child may ask questions that you don’t know the answers to, for example. This isn’t a bad thing to get used to—a lot of parenting involves kids asking questions you have to solicit Google’s help in answering. It’s okay to say you don’t know and then lead a discussion where you and your child share what you think might be true. Later, you can look the answer up, ask friends for help, and can engage your child in the process of learning. By doing so, you’ll be showing them what it means to be open and curious about something new—and by teaching them about trans people and families, you’ll be making the world that much better for families like mine.

Looking for more trans family-building resources?
While we fetch that resource for you ...