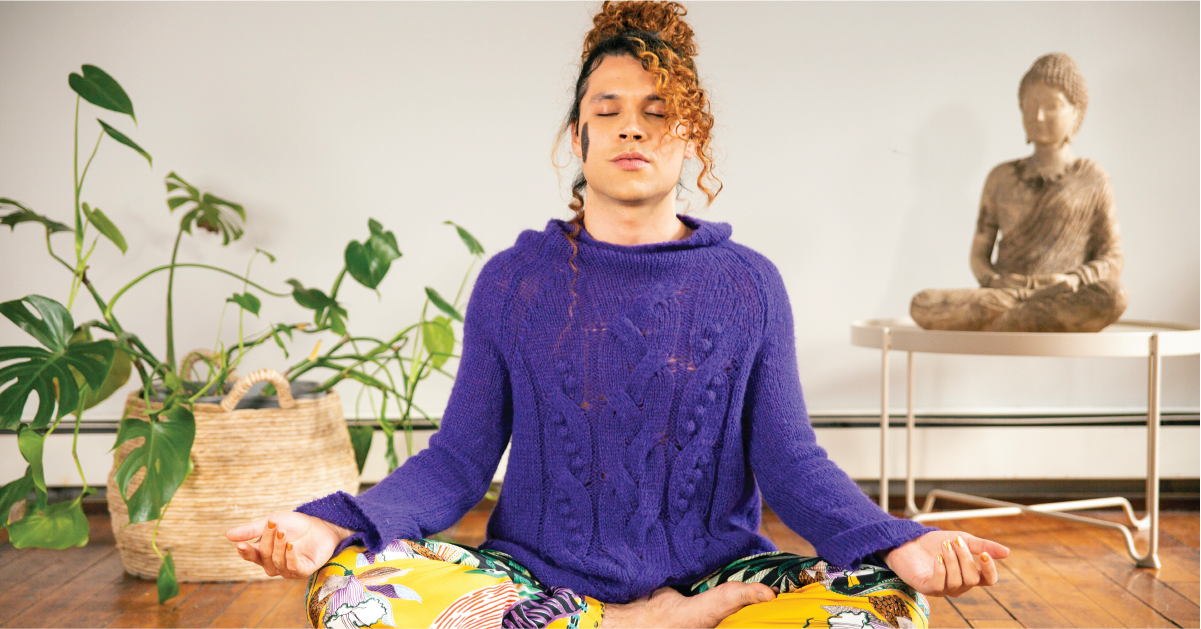 Today is World Mental Health Day, a time to raise awareness for mental health issues around the world and recognize the work we must do to make mental health care a reality for people worldwide. In honor of this day, writer Isabel Corp shares her thoughts on the intersection of mental health and the LGBTQ+ community.

An essential piece of the conversation around mental health is how queer identities—and the identities of other affinity groups such as people of color, people who are HIV+, people with disabilities, and more—impact and intersect with mental illness.

Social stigma, discrimination, prejudice, systemic inequality, and other anti-LGBTQ+ forces from mainstream media, the government, families, school systems, healthcare professionals, and others contribute to the reasons why queer adults are more than twice as likely as heterosexual adults to experience a mental health condition and 48% of all trans adults report that they have considered suicide in the past 12 months. A national survey conducted by the Trevor Project found that more than fifty-three percent of trans and gender-nonconforming youth respondents have attempted suicide at some point in the past twelve months, and students who identify as lesbian, gay, or bisexual are almost five times as likely to attempt suicide than their heterosexual peers.

A long, cinematic history of the “crazy” or “damaged” queer-coded character in film and television (who is often depicted as a psychopath, serial killer, or villain—or who eventually gets killed), leaves LGBTQ+ people to internalize the message that we are shameful, broken individuals, too.

While coping with these micro- and macro-aggressions, LGBTQ+ individuals must also navigate the added stigma that comes from being diagnosed with mental illnesses—doubling the shame and reducing the likelihood that LGBTQ+ individuals will seek out (or be able to find) an LGBTQ+-inclusive therapist.

Experts in the mental health field too often fail to recognize the impact mental illness can have on the LGBTQ+ community—or the impact that being LGBTQ+ has on one’s mental health. Queer activist Alok V. Menon did a book review on The Body Keeps the Score by Bessel van der Kolk—a book that is supposed to be a guide to helping people overcome trauma—and they were quick to point out the author’s failure to take into account how trauma can have a different effect on individuals such as queer people of color and disabled people.

We must place LGBTQ+  issues at the center of this narrative. When many of us come out, we’re met with “I just don’t want your life to be harder than it has to be.” If that’s the case, we must be making an effort to change the world so that queer people can talk openly about the mental health struggles we face without stigma. At least, that’s a step in the right direction.