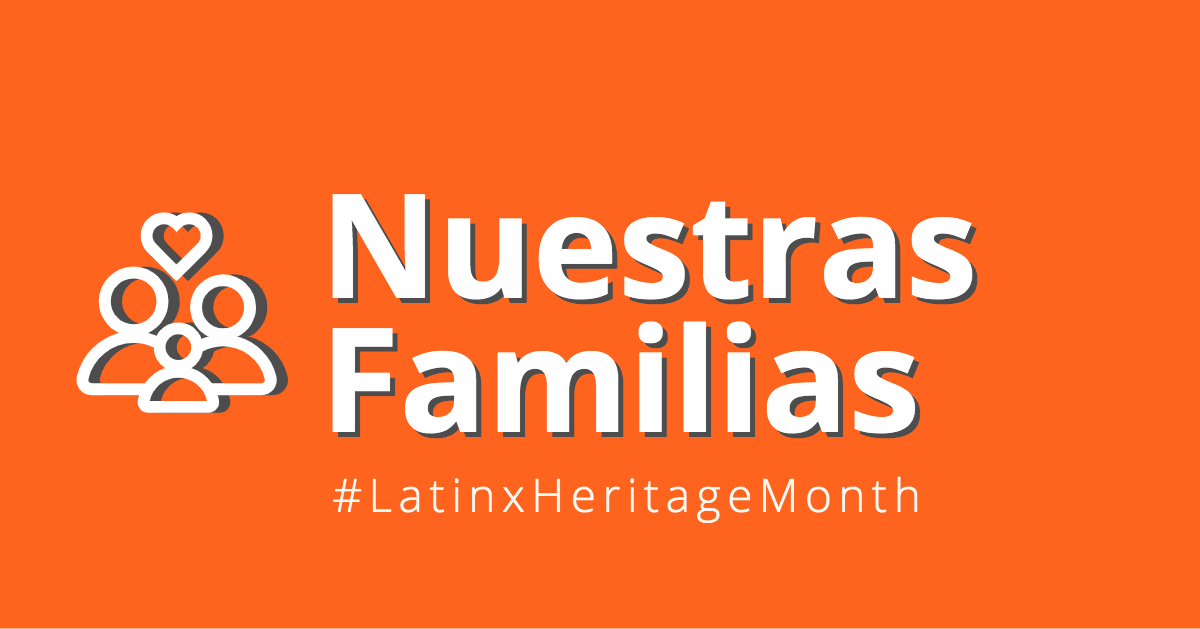 To mark Latinx Heritage Month, we asked our community to share stories about how their Latinx identities intersect with their identity as an LGBTQ family. In this story, Nancy A. Angel-Hurtado of Somos Familia shares how her Mexican heritage has shaped her coming out experience—and how building her family has helped her heal.

My parents and I immigrated from Mexico to seek the American Dream in the 1980s. Through my parents’ hard work and determination, we navigated a new neighborhood and a language barrier that made us feel less than and unwelcomed, eventually building a life away from our familia in Mexico. Everything was going according to their plan until I was outed by a family member at the age of seventeen.

Instead of denying it, I thought honesty would be best. I was hopeful that they would accept and understand—at their core, they were always very loving parents. I was wrong. Being raised Catholic, this was forbidden, both in our faith and in our culture. It felt as if both our worlds were collapsing and things got violent quickly.

It took time and a lot of therapy to realize that my parents reacted out of fear during that time. They thought they failed as parents. They said that they regretted moving to the “liberal” U.S., as if that was the only reason I could possibly become the first openly gay person in my family. “¿Por qué nos haces esto? ¿Estás mal? ¿Esto no es normal? ¿Qué va a decir la gente? Esta no era la vida que quería para ti.”

For the first time in my life, I had to cope with the realization that my parents were not perfect. They didn’t stick with me when they should have. Being out meant facing a lot of disappointment, arguments, and hurt—a type of hurt that my seventeen-year-old self was not ready for. I’m not sure you’re ever ready for it.

So, at eighteen, I moved away for college, leaving a piece of my broken heart with my little sisters. Although I did not want to leave them behind with my parents, I knew that the only way we would be able to rebuild and sustain any family relationship was if we had distance and time. Of course, to my parents, a young woman was never to leave her parents’ home before marriage, so this decision was an added layer of hurt and defiance.

Now, two decades later, my sisters and I all received college degrees despite this adversity, and my wife and I had our first son in January.

As a new parent, I think I can better understand how my parents reacted. We build expectations for our children’s lives, and my parents were left to grieve the loss of a life they once wished for me. They were doing what was best with what they thought was best. I can’t ever condone their violence at that time, but I have forgiven them—a process that hasn’t been easy but has been rewarding.

I never would have believed my parents would walk me down the aisle to my future wife in the presence of my loved ones. With them walking me down the aisle and a wedding that mixed Mexican traditions with a dash of queerness and tons of love, I realized how important many of the Latinx traditions are to me.

When we had our son, we were worried he would be “othered” like I once was. Instead, we have been overwhelmed by how much love and kindness he has received from my parents, sisters, and extended family, as conservative as they are. I’m so grateful for the time, space, and love needed to rebuild my relationship with them because it means that my children will be able to stay connected to this family and this culture, which places inclusion and family above all else. In holding onto my Latinidad while still being true to myself, I have found a loving community, and this is what I want for my children.