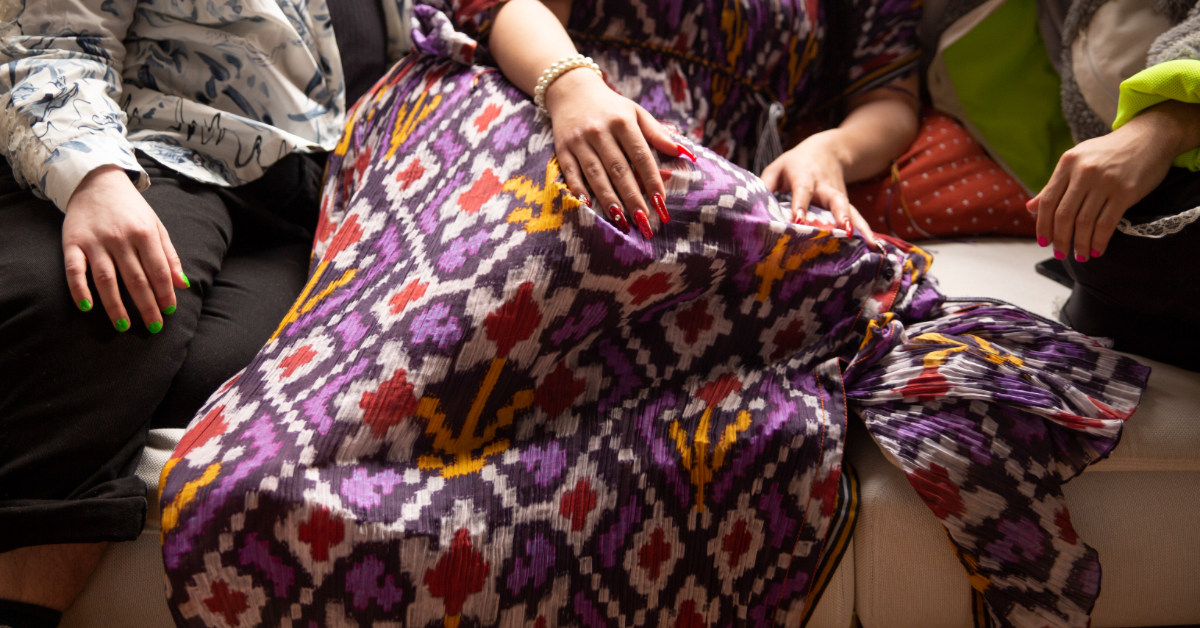 “Family” can be a complicated word for all of us. Historically, for the LGBTQI+ community it has been one wrought with a particular kind of anxiety and for some, trauma. Movements like National Coming Out Day, which celebrated its 31st year this past October 11, and Transgender Awareness Week which is occurring now (November 13–19) have offered LGBTQI+ individuals support in speaking the truth about their identities. And yet, stigma and worry persist.

“Will I be accepted for who I am?”

“Will my mom/dad/siblings still love me?”

When the answers for such questions are affirmative, they can provide the strength needed to persevere and thrive amid the continued challenges presented to LGBTQI+ communities. And when families of origin are not accepting—or not nearby—LGBTQI+ individuals turn to chosen family for the love and support necessary to survive.

El/La Para TransLatinas Case Management Director, Julia Cepeda, comes from a patriarchal Puerto Rican family. She shares, “I grew up with the idea that it was a negative thing to be bisexual, or that it was very normal to be rejected if you didn’t have a straight relationship….it was very difficult to have this type of conversation within my family because I was afraid of being kicked out of my house or that my family would simply stop loving me.” And yet when she finally chose to come out, Julia was met with acceptance. She says that the support of her family has been “fundamental” in her feeling powerful and empowered. When her father walked her down the aisle in her wedding to her now wife, it was “the most special and powerful moment in my life.” Julia had faced the fears of rejection and isolation that so many LGBTQI+ people face, and literally came out the other side with a familial bond stronger and more authentic than ever.

Essie Garcia, El/La Operations Manager, had a similar experience. She says, “The understanding and compassion of my family is what makes me feel empowered as a queer person. Friendships are relationships that I chose, but the family is the team in which I was born.” Growing up with Mexican heritage on both sides, homophobia was normalized throughout Essie’s childhood. And while her mother initially didn’t speak to Essie for six months after she came out, eventually she came to understand and embrace Essie for the woman she is, even welcoming her last girlfriend into her home and heart. Essie describes, “The more family members I tell, the more I feel empowered to be vulnerable and to be honest about my concerns for the entire LGBTQ community. Given the quantity and quality of support from others, I feel there is hope in healing the society of homophobia and transphobia that affects us all.”

Not all stories go as smoothly as Julia’s and Essie’s. Sometimes, families of origin are not understanding. Sometimes, it’s not as simple as acceptance, especially if one’s blood family is not in close enough geographical proximity to provide a support network, as is the case with so many of the translatina participants at El/La who are also immigrants to the Bay Area. In these situations, finding a “chosen family” is imperative, and it’s what El/La has strived to offer translatinas for over two decades. The importance of such a connection is described in Trans Migrations: Exploring Life at the Intersection of Transgender Identity and Immigration: “Social support played an integral role in [trans]women’s resilience. When making the connection to factors that contributed to their resilience as adults in the United States, women most commonly mentioned the importance of social support from ‘family of choice,’ which typically involved other transgender Latinas.” For translatinas, the comprehensive care El/La offers goes deeper than case management and referrals; we are their family that speaks to them in their language and greets them with traditional Latin American food and holidays. Our building is a home that provides a welcoming, warm physical space that allows for the social, spiritual, and peer support in which translatinas instinctively connect each other to resources and become one another’s chosen family. We come together in laughter and tears, in mourning and celebration. Our intention is always to lift up and empower our translatinas sisters, to provide meaningful opportunities for learning and development.

Of course, like any family, even chosen families have their shortcomings. As El/La’s Salesforce Data Administrator Sofía Sabina Ríos Dorantes says, when asked what she would like to see change for translatinas, “I’d like to see more respect between members of my community.” Julia echoes Sofia’s wishes, saying, “I’d like to see that there is more tolerance, love and respect among LGBTQ communities.” And Essie confirms, “There are hierarchies of power between LBGTQ groups, because each letter means different cultures. I am also tired of discrimination between us because of race, sexual orientation, gender presentation, and economic class, and I don’t think they are separate issues from each other.”

The truth is: We can all do better. That is not to dismiss the progress that has been made, nor to discredit those family members—blood or chosen—who opt for openness over disapproval. All families have their blind spots, and growth can only come when we are willing to see those blind spots reflected back at us and choose acceptance and vulnerability over divisiveness and defensiveness. Family may be complicated, but whether chosen or not, it can also be a pillar of power and pride for LGBTQI+ individuals in times of joy and hardship. El/La aspires to be that pillar for translatinas for many decades to come.

El/La started as a program of Proyecto ContraSIDA Por Vida (PCPV) in 1993, where they were the first translatina HIV prevention program in Northern California. In 2006, after PCPV lost its funding, El/La became its own fiscally sponsored project and today is fiscally sponsored by Community Initiatives. Based on their 26 years of work in the translatina community, they continue to fight for translatina rights and provide resources and personal development in a safe space.