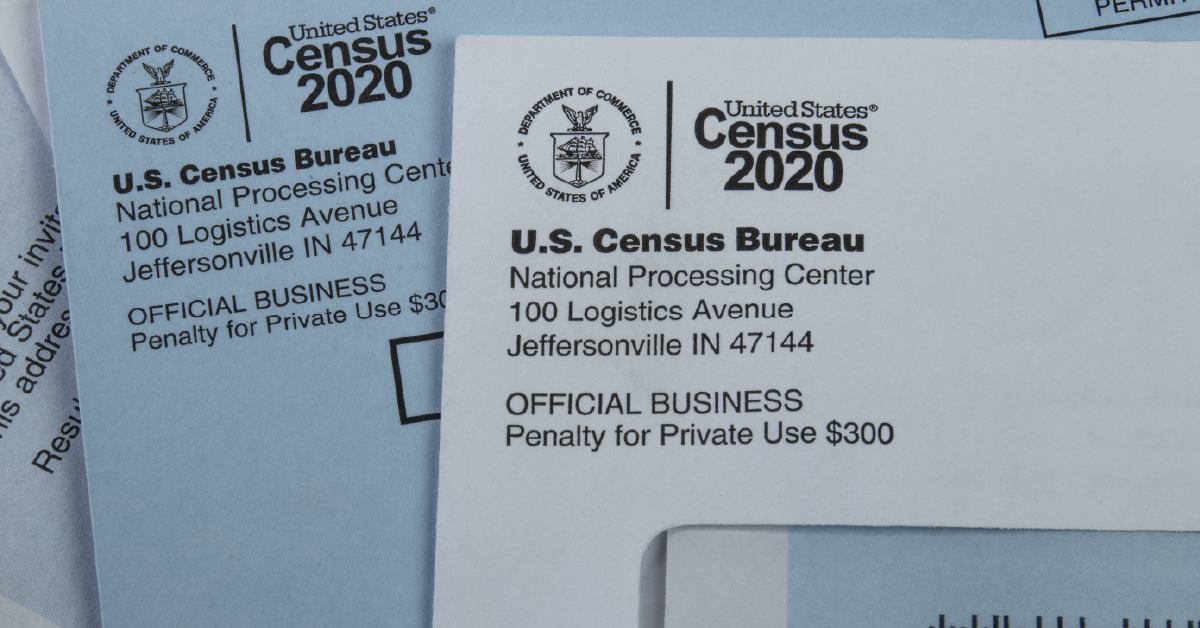 At the end of March, after accumulating a stack of reminders from the Census Bureau, I finally filled out the 2020 Census for my family. My life – and LGBTQ equality – has evolved considerably since the last time I completed the Census ten years ago. I’ve gone from being single and living alone to being married with two children. And, in the last ten years, we have made major strides toward equality for LGBTQ people, including nationwide marriage equality.

A little context – I am a cisgender lesbian, who is married to a woman. Each of us carried one child, using our own genetics and the same sperm donor. My wife and I each were listed on the birth certificate for both children, and, we each did a confirmatory adoption of the child whom we did not birth and do not share a genetic relationship, to ensure that our parent-child relationship with both of our children is legally recognized.

Given my work at Family Equality, as I set out to complete the Census, I was aware that there would be no express questions about sexual orientation/gender identity. Yet, I underestimated the other ways in which the Census fails to capture accurate data about our families and how that would feel to me, personally, when I got to those questions. On the one hand, it felt good to see that my marriage counts, as it should. I was able to answer that I am married to a woman. And, it was encouraging that from this data it would be at least implicitly recorded that we are part of the LGBTQ community (though we need an explicit question about sexual orientation and gender identity that captures data on the entire LGBTQ community). But, I was frustrated by the lack of an option that accurately reflects my parent-child relationship with both of my children. While I was able to count them, there was not an option that accurately reflected my relationship with one of my children. Clearly, this is due to outdated assumptions about how families are formed. That felt frustrating. My family and our relationships should count and should be accurately counted.

My options for both children were “biological,” “adopted,” or “step.” For our oldest child that was fine. We share genetics. I selected biological. But, none of those answers were fully accurate for our youngest child who my wife carried. We do not share genetics. I am not his stepparent. And, answering that the relationship is by virtue of adoption feels misleading and not entirely accurate. Without further explanation, it implies that we adopted him from the child welfare system or an adoption agency and ignores his biological relationship to my wife. This problem could not simply be cured by having my wife complete the Census – the same problem would exist for her with regard to our oldest child (to whom I gave birth).

Why does this matter and why should you care?

This is not unique to our family. LGBTQ families are made up of diverse family structures, some similar to ours and others different. I am certain that our family will not be the only one to encounter the problem of not having an answer that accurately describes all of the family relationships. For some people, this may feel frustrating or hurtful, and they may simply decide not to fill out the Census. For others, this might be confusing, and because they may not know how best to proceed, they may simply not count that child or decide not to complete the form. While both are understandable, we must all resist the urge to say “forget it.”

Making sure that LGBTQ people and families are counted as accurately as possible on the Census is extremely important  – both in providing significant data that will continue to move us toward legal and lived equality and in ensuring representative democracy and adequate funding for social service programs that rely on the Census count. Too often, our community – especially our children – is undercounted as are other marginalized communities.

How should you fill out the form?

My best suggestion is to choose the option that feels to you like it most accurately reflects the relationship. I reluctantly chose adoptive. Someone else in my same situation might feel more comfortable with biological. Either will suffice. What is most important is that all children in your household are counted, even if the description of the relationship isn’t what it should be.

It matters that we are all counted, and Family Equality will continue to engage in efforts to ensure that the 2030 Census better reflects our diverse family structures. In the meantime, if you have not already done so, please go fill out the Census. Help make sure that all LGBTQ families are counted!

Has your household completed the Census yet?