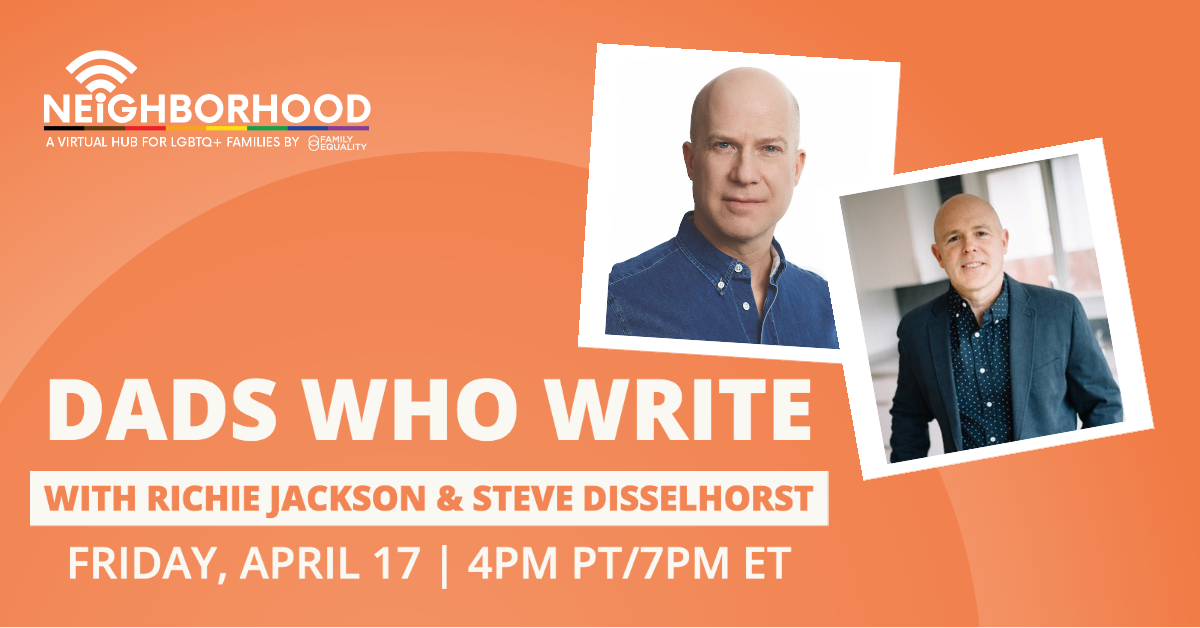 Join us for a special evening of readings and a live Q&A from two talented writers, fathers, and change-makers, Steve Disselhorst and Richie Jackson.

Steve Disselhorst is the founder and principal of a Bay Area coaching and consulting firm that focuses on leadership development and diversity, equity, and inclusion consulting. He is a veteran marketer who has held positions at Genentech and Abbott. Steve is a community activist and serves on the board of directors for Our Family Coalition and as a San Mateo County California LGBTQ Commissioner. Steve and his husband are the proud parents of two children through adoption: the first through private, open adoption and the second through the foster-to-adopt program. Steve’s novel, Determined to Be Dad, chronicles his trials and tribulations of self-discovery to acceptance to building a new reality, and finally, to the joys of creating his own family through adoption. It will be available on June 16, 2020. Click here to learn more.

Richie Jackson is the author of Gay Like Me, published by HarperCollins. He is an award-winning Broadway, television and film producer who most recently produced the Tony Award-nominated Harvey Fierstein’s Torch Song on Broadway. He executive produced Showtime’s Nurse Jackie (Emmy and Golden Globe nominee for “Best Comedy Series”) for seven seasons and co-executive produced the film Shortbus, written and directed by John Cameron Mitchell. As an alumnus of NYU Tisch School of the Arts, he endowed a fellowship program at his alma mater in 2015 to assist graduates in the transition from academia to a lifelong career in the arts called The Richie Jackson Artist Fellowship. He and his husband, Jordan Roth, were honored with The Trevor Project’s 2016 Trevor Hero Award. They live in New York City with their two sons.