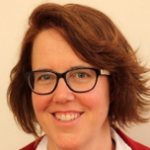 Julie Kruse is the Director of Federal Policy at Family Equality Council and co-chairs the Every Child Deserves a Family Campaign. She has over fifteen years of experience advocating for the LGBTQ community, immigrants, working families, and women and girls. Julie was the founding Director of the National Community Tax Coalition. She served on the Governor’s Commission on the Status of Women in Illinois and chaired its Pay Equity Working Group. She has taught at the college and high school levels in the U.S. and in Latin America. Julie holds an MS in education from Northwestern University and graduated Summa Cum Laude with Distinction in Honors Biology from the University of Illinois. You can reach Julie at jkruse@familyequality.org. 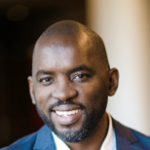 Dr. Philip McAdoo and his partner Sean Cavanaugh adopted their son Zaden from foster care. Although just six years old when he was placed with the McAdoo-Cavanaugh family, Zaden had already been in five foster homes. Dr. McAdoo is an educator, LGBTQ activist and former Broadway Actor. He was featured on The Oprah Winfrey Show honoring Sidney Poitier for his work with inner city youth and mentor initiatives. A graduate of the University of North Carolina at Chapel Hill, Philip holds an MA in transformative leadership from The California Institute of Integral Studies, and a PhD from The University of Pennsylvania from the Graduate School of Education. 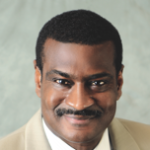 Dr. Angelo McClain is currently CEO of the National Association of Social Workers (NASW). He grew up in Texas, and is a distinguished alumnus of Cal Farley’s Boys Ranch. Prior to joining NASW, Dr. McClain was Commissioner for the Massachusetts Department of Children and Families. While there, he oversaw a budget of $850 million and a workforce of 3,500 employees to address reports of abuse and neglect for the state’s most vulnerable children, partnering with families to help them better nurture and protect their children. He holds a BS in Social Work from West Texas State University, an MSW from the University of Texas at Arlington, and a PhD in Social Work from Boston College Graduate School of Social Work. 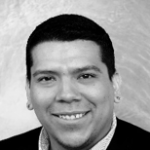 Ernesto Olivares entered the Texas foster care system at 12 years old with his three siblings. He lost his father months before high school graduation. He went to San Antonio College for four and half years studying Psychology and Sociology. He works full-time and volunteers a lot of time reforming the foster care system in Texas. Ernesto currently works with FCAA and Youth in Action Boards within the State of Texas. His hobbies are playing sports and being outdoors. He aspires to write a book about his life including his experiences in foster care. Ernesto also aspires to travel the country and become an inspiration speaker. 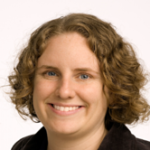 Sarah Warbelow currently serves as the legal director for the Human Rights Campaign. She previously served as the program manager for the American Association of University Women Foundation Legal Advocacy Fund, specializing in education and employment discrimination law. Warbelow is also an affiliated professor at George Washington University and George Mason Law School, teaching courses on civil rights law and public policy. She received her bachelors’ degrees in social relations and women’s studies from Michigan State University and her master’s of public policy and law degree from the University of Michigan. 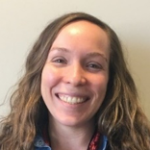 Meghan Wojtal is the Child Welfare Supervisor at Jewish Family and Children’s Service of Greater Philadelphia. She is a licensed social worker and holds an MSW degree from the University of Maryland, Baltimore. She previously worked as a Child Advocate Social Worker at the Defender Association of Philadelphia and as a school social worker for the Morris Hills Regional School District.

Recent data shows that the opioid epidemic is increasing the number of children awaiting adoption. Approximately 117,000 foster children and youth in America are waiting to be adopted, but less than half that number will likely find their forever family within a year. Yet, over the last decade, nine states – five in the last two years alone – have passed laws allowing federally funded foster care agencies to turn away qualified parents based on an agency’s religious or moral beliefs.

Earlier this year, the Family First Prevention Services Act was enacted into law, encouraging states to reduce unnecessary placements in group homes by identifying more qualifying foster and adoptive families. Allowing agencies to deny placements with diverse families – or kin who do not meet an agency’s litmus test – undermines the goals put in place under the law, significantly hurting children who are in need of loving families. In addition, allowing discrimination could mean that youth are placed in environments where they are forced to undergo conversion therapy to change their sexual orientation or gender identity, denied health services that don’t align with an agency’s beliefs, or required to participate in religious activities of a different faith. Such policies particularly harm the over 20% of foster youth who are LGBT and religious minority youth.

Join us for a briefing to hear the perspectives of our panelists, ask questions about your state’s policies and learn more about the Every Child Deserves a Family Act (S.1303/H.R.2640).