As part of its commitment to family inclusivity, Johnson’s® is proud to sponsor Family Equality Council’s National Adoption Month campaign, supporting happy, healthy babies and all the families that love them.

I’m not exactly sure when Wes and I decided to have kids. We met ten years ago this December. I always imagined myself a father. Wes did too. Neither one of us ever thought it would be possible. Then, things started happening. We were legally married in 2013 and suddenly all kinds of dreams finally felt within reach.

We felt lucky to live in Wake County, NC. Raleigh is a progressive city, and nothing on the Wake.gov web pages indicated bias in licensing same-sex homes. In 2015, we signed up for our 30-hour training course and started the process to become foster parents. No one on the county staff ever showed overt discrimination towards us. 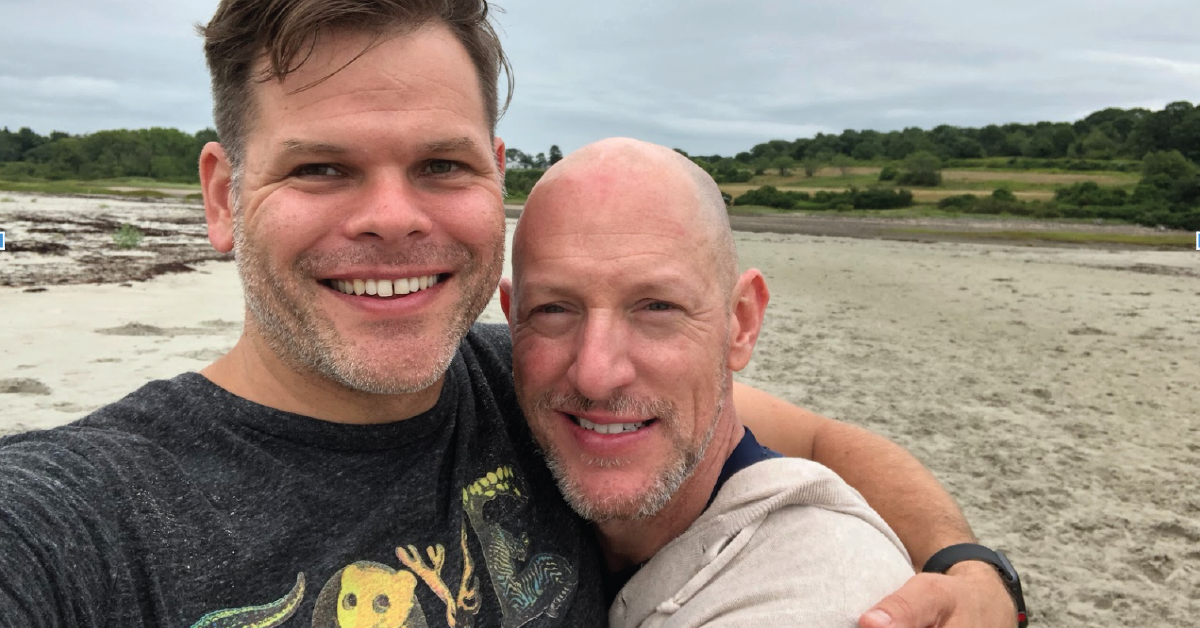 In the classroom, we reviewed a case study that involved a child that landed in foster care because they were gay. An older man in the class shouted out, “No way! We won’t have any gay kids in our home!”

The trainer must have seen my face get flush, and he stepped in quickly to redirect the conversation. The trainer went on to talk about how common it is to have gay kids in care. He made a point to emphasize that if a family is intolerant toward gay children, they are not a suitable foster home. That didn’t prevent the older man from completing the course.

A lot of religious people see foster parenting as a calling. It seems that whenever Wes and I go to ongoing training to keep our license, other parents want to pray for us. Wes grew up in NC. He says they are trying to show witness to us. Make us feel shame, so we repent our evil ways. I just think of all the LGBTQ kids in need in the foster system, and hope they don’t get placed in a home like that. Clearly our society needs more same-sex households to foster.

We’ve been foster parents for three years now. When our first placement — a Black, 15-month-old boy — was taken from our home and reunified with his non-relative Godmother, we wondered about discrimination. We loved that boy so completely, it had to be bias that motivated his placement. Was the bias because we were gay? White? Or was it just the rules of the system? Placement with Godmother put that boy close to his family, but in a safe home.

After several months, we decided to open our home again and got the opportunity to foster two kids, biological brother and sister. Their mother was deceased and their father was struggling with homelessness and substance abuse. Their maternal grandmother had been caring for them, but she had to give them up. She was in her sixties and couldn’t keep up with the needs of a 22-month-old and a 3-year-old.

We agreed to the placement and the social workers set up a meeting for us all. About 20 minutes before Wes and I were to meet Grandma and our next two foster kids, our licensing agent called. She told us that Grandma is a Southern Baptist. They decided not to tell her that the county had placed her grandkids with two gay men. They didn’t want her to already be against us before we even met.

I’m not sure if that was the right thing to do. Maybe if Grandma knew we were gay, she would have kept the kids or waited for another household willing to take the siblings. She got the surprise of her life when she met the two of us. The only gay person she ever knew was her hairdresser!

But something happened in that meeting. Maybe it was the grief we shared over the loss of her only daughter and the loss of our first foster son. Maybe it was kind words of our licensing agent, assuring Grandma that we would not cut her out. Whatever it was, she decided to move forward with the placement.

A year later we have filed for adoption. Grandma has a key to our home. We’ve shared with her a year of holidays and birthdays, milestones and missteps, all together as a family. We love Grandma and Grandma loves us. She calls us both her “sons.”

Grandma told us that before she gave the kids up to foster care, she asked her church for help finding these kids a home. No one came forward. When she went back to church and told the pastor that the kids were with two gay men, all of the sudden the church was full of options. But it was too late, Grandma realized that these kids are the kids that Wes and I have been dreaming of, ever since we got married and things started happening.

Every child deserves a family. Learn more about how to support LGBTQ families like John’s at www.EveryChildDeservesaFamily.com.